Hotel, restaurant and travel businesses reliant on a membership-based model have adapted in the wake of the pandemic, going into overdrive to justify their value and offering customers increased flexibility.

Before the pandemic, subscription-based business concepts — already popular across industries as varied as entertainment (Netflix), fashion (Rent the Runway) and personal grooming (Dollar Shave Club) — were just starting to gain traction within the travel and hospitality sectors. The model, with a predictable, recurring revenue stream, is generally seen as particularly attractive.

But with travel stalled and hotels and restaurants forced to shutter this spring, most subscription players have grappled with how best to continue serving members and retain subscribers.

Luxury hospitality company Inspirato, which launched its Inspirato Pass product roughly a year ago, is among those that have offered some leniency when it comes to monthly dues. The Inspirato Pass provides members access to more than 150,000 trips at over 600 properties globally starting at $2,500 a month, with users able to book trips without worrying about nightly rates, taxes or fees.

As the Covid-19 crisis worsened in March, Inspirato temporarily closed all its properties through May 15, allowing passholders to pause membership for up to three months and apply recurring payments to future months.

The move seems to have helped. After a dip in renewals in April and May, the company reported a renewal rate of 97% in June, with that level holding steady into July.

“As travel has started to rebound, we’ve seen unprecedented demand for our U.S.- and Mexico-based residences,” said Inspirato founder and CEO Brent Handler. “In the past few weeks, we’ve welcomed hundreds of new passholders and returning members, another great indication that people are eager to travel again.” 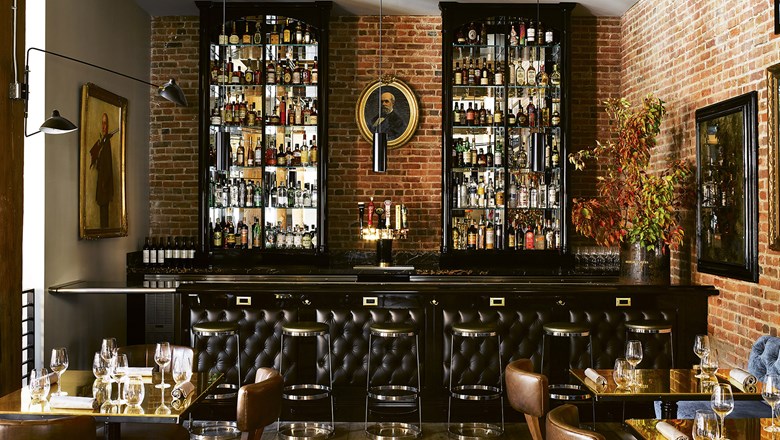 For private social clubs — a segment of the subscription ecosystem that has seen something of a renaissance in recent years — maintaining renewal rates has similarly proven to be a challenge.

“With any subscription-based business, members may sometimes be paying for something they’re not utilizing,” said Thomas Kennedy, director of membership operations for the Battery, a private social club and hotel in San Francisco with a membership base of approximately 5,000. “We’ve had to ask ourselves, now more than ever, how can we provide value?”

While the Battery — which also offers members-only access to amenities including a gym, a spa and food and beverage venues — has been subject to San Francisco’s lockdown restrictions, Kennedy reports that the club’s retention rate remains fairly high.

“We usually have a 90% to 93% retention rate, and we saw it drop to about 80%,” Kennedy said. “But we’re expecting a number of renewals next quarter.”

Part of that comeback will likely be driven by the club’s recent reopening efforts, with the Battery leveraging an under-utilized garden and terrace to offer new outdoor dining, lounge and workspace areas, as well as the launch of hotel promotions like room discounts of 50% and 25% for members and nonmembers, respectively.

Additionally, the Battery is waiving a policy that required any nonrenewing member to wait a minimum of a year before rejoining. When San Francisco’s shelter-in-place order began in mid-March, the Battery also allowed members to donate their dues to staff or to the Battery’s philanthropic arm, Battery Powered, or use the sum as credit toward food, drink or hotel purchases.

In Philadelphia, the Fitler Club — a private club that comprises a hotel, gym, food and beverage venues, a coworking space, pool and other amenities — has seen its membership base remain similarly stable. Fitler Club’s rates start at $2,250 in initiation fees and $225 in monthly dues for members under 30.

According to Fitler Club president Jeff David, just over 80% of the club’s pre-Covid membership base, which he said is in “the thousands,” have stayed on.

David added that he expects members who have opted to use the one-time membership pause to return as things “continue to normalize.” The club recently reopened its restaurants for takeout and delivery and has also revamped an outdoor garden to function as a dining venue.

For membership-based air medical transport and travel security service Medjet, however, drastic changes haven’t been as necessary. The company, which coordinates transport for ill or injured travelers to their hospital of choice when more than 150 miles from home, offers annual memberships starting at $295 as well as short-term memberships that start at $99.

While Medjet refunded all short-term memberships that had not yet gone into effect, it upheld its annual policies.

“While we couldn’t unilaterally just extend all memberships for months, most of our members understood that their coverage was still in effect during the downtime, and had they been one of the ones stuck overseas, our services were still available,” said Bill Miller, chief sales and marketing officer for Medjet.

Miller added that the company’s premium MedjetHorizon membership, which includes transportation coverage in the event of a pandemic outbreak, has proven particularly popular of late.

“There’s been so much media exposure of cruise ships trapped overseas and people trying to get home by whatever method they could,” Miller said.

Going forward, he added, “the everyday traveler is going to be more wary.”

Meanwhile, for some, the subscription model may offer significant upside post-pandemic.

In late July, famed West Hollywood hotel Chateau Marmont told the Los Angeles Times it plans to transition into a members-only property over the coming year.

Likewise, boutique hospitality player Selina has said it is shifting more than 50% of its global rooms to a new subscription program, allowing guests to move freely among Selina properties for a monthly or yearly fee, inclusive of coworking spaces, wellness activities, laundry and more, starting at $500 per month. That concept is set to go into effect as early as Aug. 3.

According to the company, the new subscription model “is well positioned to target not only the traditional digital nomads but also the new remote workers who are now working from home permanently.”