Caribbean Barbados has announced a plan to invest US$300 million to kick start tourism, an industry that accounts for half of the country’s economy, and that due to COVID-19, has dropped about 40% below its activity. Meanwhile, the government maintains strong health control measures but does not forget the Latin American market.

Lisa Cummins, Minister of Tourism of Barbados, a country with a population of 280,000, said that the 300 million dollars, which she considers underinvestment, will be used to reactivate an industry heavily punished by the coronavirus pandemic that already claimed 40,000 jobs at its peak, and most were from tourism.

Cummins said that the 300 million should help about 15,000 people directly employed in tourism of Barbados and another 32,000 in related fields, and it will be allocated to hotels, restaurants and other facilities as a response to the pandemic.

The minister explained that one of the pillars on which Barbados bases its full recovery goal for the industry is through strict health measures that, in the first place, occur at border control.

“Barbados is a country in which there has been almost no local infection, but practically all of the cases have been imported,” said the official, recalling that since the beginning of the pandemic, the country has registered 200 cases and 7 deaths from coronavirus.

“90% of those cases were imported,” said Cummins, after clarifying that the pandemic in the Caribbean region “is under control.”

Barbados opened borders to international travelers in mid-July, but Minister Cummins emphasized that this was possible thanks to the strict entry control measures.

“The goal was to guarantee the safety of the people,” she said while highlighting that it is mandatory that all individuals who travel to Barbados from high and medium-risk countries show a negative COVID-19 test result to enter the country.

The Barbados authorities require that these tests are carried out within 72 hours of arrival.

“But in addition, our health authorities require visitors to self-isolate in facilities approved by the Barbados government – a hotel, villa or government facility – until a second negative result is obtained on the island,” Cummins added to explain why there are only a few cases of contagion in the country. 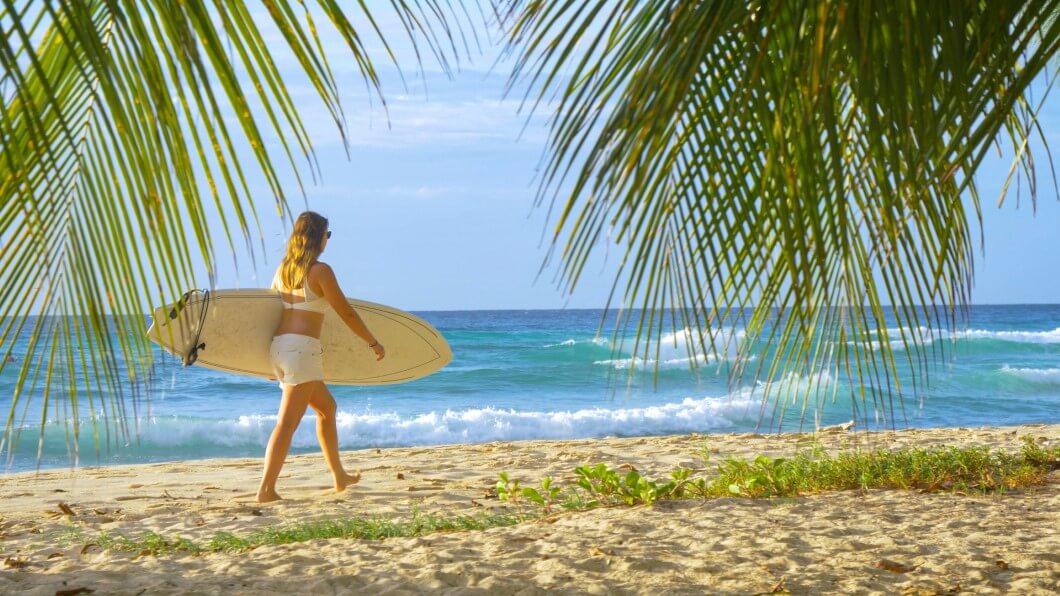 Minister Cummins said that tourists who choose Barbados will be guaranteed that it is virtually impossible for them to become infected. She also mentioned that their tourist offer is one difficult to match in the Caribbean region.

“Our offer includes the best beaches in the Caribbean, delicious cuisine, and people who really know how to welcome tourists,” she said.

According to Cummins, Barbados is specialized in luxury tourism that attracts people with high purchasing power, who find the offer they want in this country.

“Without a doubt, it helps that artist Rihanna is from Barbados, [it’s] an unrivaled promotion that makes the country known,” she added.

Rihanna, a Model for Barbados

Cummins clarified that the popularity of Rihanna has made more and more people want to visit Barbados and that visitors are especially interested in the luxury offer.

The Barbados authorities are trying to attract new tourists in different markets, and one that they are studying is that of Latin American countries.

“We have a person responsible for developing our offer in those countries, with which we have had historical contact, especially with Venezuela and Panama, in which there are communities of Barbados people,” said Cummins.

She also referred to Brazil as one of the countries, due to its size and potential, to which Barbados wants to make its offer better known.

Dame Sandra Mason, Governor-General of Barbados, said in a speech on the matter that “the time had come to leave the colonial past completely behind,” during the opening of the new parliamentary session in the House of Assembly.

“I don’t think that we differ from the rest of the countries in this hemisphere that have followed their own evolution,” said the Minister of Tourism of Barbados, for whom it is a logical step already taken in most parts of the world.

Barbados wants to take advantage of this historic moment to carry out a transformation of the tourism industry by implementing preservation measures and increasing the use of renewable energy to reduce dependence on fossil fuels. For this, the government will launch the Green and Digital Innovation Fund and design training programs for small businesses.