The Magical Experience of Seeing Rio by Sailboat

RIO DE JANEIRO, BRAZIL – A must visit for tourists to New York is the Circle Line for viewing the Big Apple via its waterways, and no visit to Paris would be complete without a boat trip down the Seine.

But how many tourists have viewed the often Marvelous City of Rio de Janeiro by sailboat?

We can report that not only is it a wonderful and different view of the city but an unforgettable, therapeutic and refreshing living experience.

Whether seated in the bow (front) or stern (rear), sunbathing on the deck or sitting beneath the sails, the view of Rio’s mountains, harbor, and innumerous beaches is breathtaking.

Due to what some might call “progress,” many things have changed – for the worse – since Debret painted colonial Rio de Janeiro.

But a “circle line” trip around the waters surrounding one of the world’s most beautiful cities still reveals many traces of what Debret captured in oil colors in an age before TV, internet, movies, and even the steamship, were invented.

Our gracious host for this brief escape from the humdrum of everyday life on land was Monica Pellerano, who comes from a seafaring family, and manages www.riosailing.com.

Her small sailboat enterprise is starting to face some fierce competition in a business venture, which surprisingly is only beginning locally.

As five of us board the sailboat Sangha (35 feet with a 30 hp diesel motor), virtuoso captain Marcelo prepares the sails to begin what will be an unforgettable afternoon.

In English and Portuguese, guide Monica points out to us: “The typical tourist visiting Rio de Janeiro will visit Christ on the Mountain, Sugar Loaf Mountain, and Maracanã (soccer) stadium but somehow a sailboat ride around Rio has been forgotten.”

This omission for a visitor to Rio de Janeiro is unbelievable and unpardonable I think, as the Sangha takes us around the Bay passing at a leisurely pace Rio’s Yacht club in Urca, Flamengo’s aterro or highway and Copacabana from another angle than normally viewed.

We then return for another view of the city’s Santos Dumont airport and head towards Niteroi with our sails fluttering in the wind.

What a panoramic view of a city many thought they knew so well!

Surprisingly in contrast to all the shocking international press reports during the 2016 Rio Olympics, the Bay displays a minimum of litter or rubbish at the beautiful Marina of Gloria, where our sailboat is anchored, or during the four-hour voyage.

And neither do we smell the supposedly putrid waters that some Olympic sailors reported in 2016.

The statue of Christ on the mountain or Corcovado is constantly sighted during our sailboat trip. And for our ears, the absence of sirens, screeching buses, police cars, and speeding ambulances is a refreshing change from the daily routine.

At last, we are in one of those small sailboats always spotted from the ferryboats at Rio’s Praca XV crossing to Niteroi. So this is how it feels, wonderful, as the seagulls circle around us overhead! 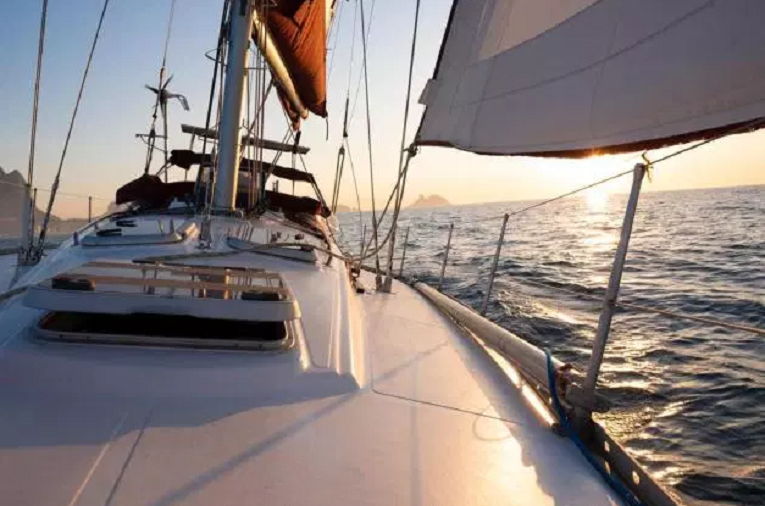 The sights we viewed aboard the sailboat include a fisherman’s colony near Jurujuba in Niteroi, Governor’s Island and the tranquil island of Paqueta.

As international and national airliners pass overhead and ships from foreign lands pass nearby, darkness sets in and there is a bit of a chill in the air requiring the passenger to don a sweater.

After the rigors of sailing around Rio, an excellent steak and trimmings dinner that, after our ship harbored, greets our famished party at the Argentine steakhouse Corrientes 348 near where our sailboat was initially harbored, in front of the Marina da Gloria.

We hope those reading this brief account of an unforgettable day in a city that is often violent, too noisy in some places and just the opposite of its original “marvelous” may follow us on this beautiful four-hour journey.

”Veleiros” can be hired/rented for a family or party of visitors and/or to celebrate special events like birthdays or wedding anniversaries.

Please check the weather conditions and times with Monica at +55 21 99 425-2324 (WhatsApp) and bring along suntan lotion and a sweater or jacket, a hat or cap, swimsuit and trunks and, of course, a good camera to record a beautiful day in Rio de Janeiro.