Jellyfish swarms: How travellers can prepare for a pandemic of beach stingers

An estimated 150 million people are stung by jellyfish each year – with numbers on the rise, here’s how to cope with the invasion of the jellies

Millions of jellyfish are headed toward Israel’s coast on their nearly annual pilgrimage, and thousands have clogged the filters of a southern power station. Locals and visitors are already reporting sightings of – and stings by – the creatures, whose presence can spell disappointment for vacationers and trouble for tourism-related businesses. Lifeguards are warning swimmers to take precautions and to follow the latest treatment guidelines to minimise discomfort.

The problem is not restricted to the Israeli coast, which has seen a significant increase in the number and duration of jellyfish swarms. Around the world, an estimated 150 million people are stung by jellyfish each year – hundreds fatally – and jellyfish are appearing beyond their usual habitats (the question of whether their numbers are increasing is up for debate). Yet many tourists still fail to factor potential jellyfish encounters into their travel plans. That can be a recipe for a ruined vacation.

By being proactive and informed (ignore that age-old advice to rinse a sting with urine; it can make things worse), travelers can take steps to minimise jellyfish encounters, and to handle them better if they occur.

To understand jellyfish, you must first understand that they are not fish. They are graceful bell-shaped marine invertebrates with tentacles full of stinging cells that help them catch prey and ward off predators (though all jellyfish sting, not all stings are painful to humans). Fossils reveal that they have been around for more than 500 million years. They are closely related to corals and sea anemones, and are found in all the Earth’s oceans and seas.

Although scientists lack the data to prove that the global jellyfish population is skyrocketing, there is general agreement that some places are seeing a dramatic increase in jellyfish numbers and in the frequency of their appearances. Warming seas that allow jellyfish to expand their habitats, overfishing of their predators and agricultural runoff that depletes the oxygen that fish – but not jellies – need are all possible culprits. One study even suggests that jellyfish use structures such as offshore oil platforms and wind farms as incubators.

Another problem is nonnative jellyfish being deposited in other species’ waters by ships or even ocean currents. “The Mediterranean is the most invaded sea in the world, with five invasive jellyfish species,” said Bella Galil of the Israel National Center for Biodiversity Studies at Tel Aviv University’s Steinhardt Museum of Natural History. These particular jellies are making their way from the Red Sea to the Mediterranean Sea via the Suez Canal. Galil said jellyfish outbreaks in parts of the Mediterranean are “much more frequent” than they were 30 years ago, and that the blooms (masses of jellyfish together) are far larger.

Whether they are local species appearing in greater numbers or nonnative species colonising new waters, jellyfish can be a threat to vacationers. Jellyfish venom contains cocktails of toxins that help them paralyse and digest prey but also cause pain and tissue destruction in humans.

Thankfully, most jellyfish stings do not lead to systemic reactions and resolve over a few hours, although they can be extremely painful. Some stings result in rashes that can last for weeks. But in a tiny percentage of cases, jellyfish stings are fatal. In fact, “more people die from jellyfish stings than from shark attacks,” said Angel Yanagihara, a biochemist at the University of Hawaii in Honolulu who studies jellyfish venom. 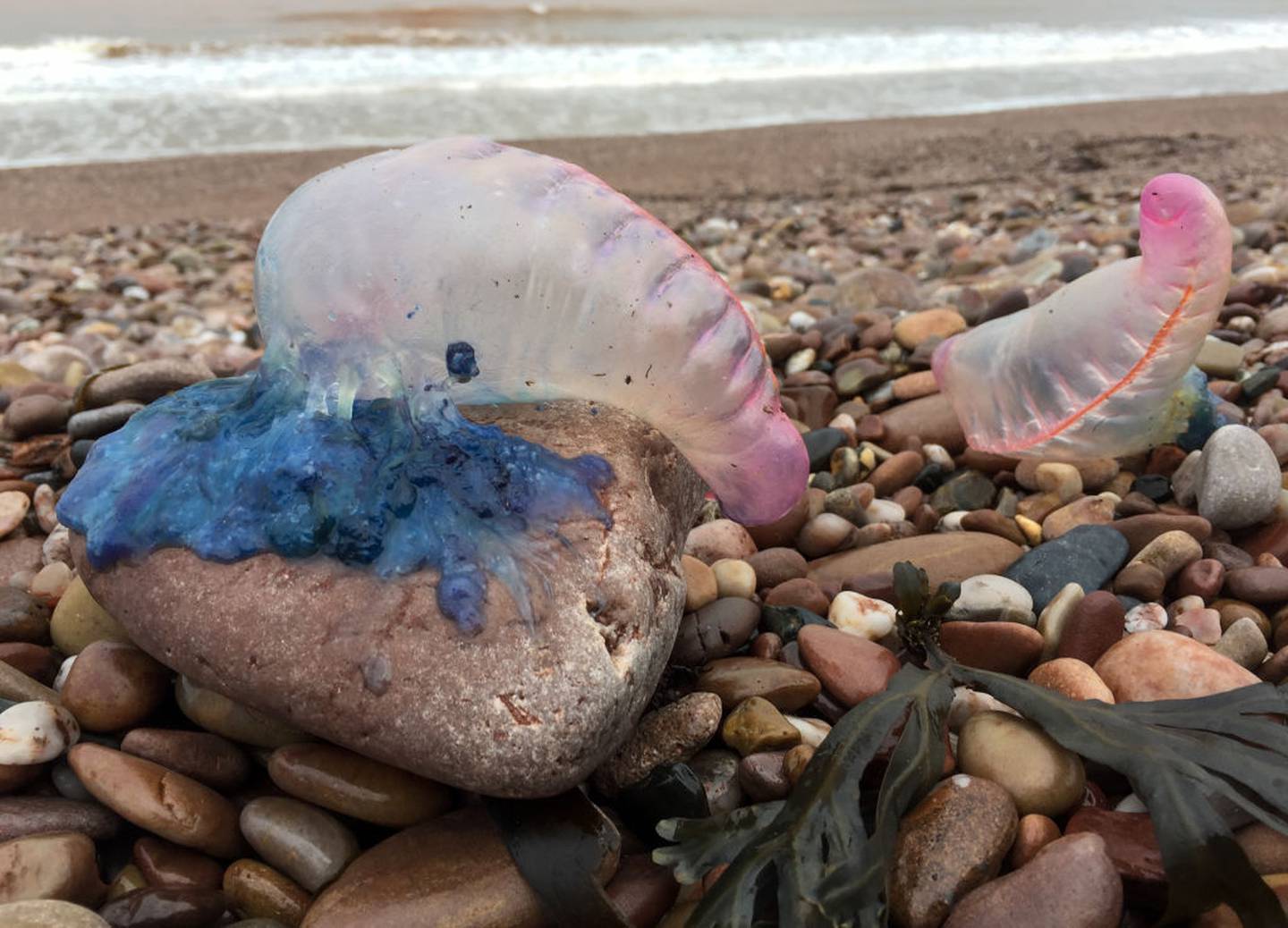 Stings by certain species of box jellyfish, including Irukandji species, have caused deaths in the Indo-Pacific. In the Philippines, an estimated 100 to 500 people, most of them children and residents of remote fishing villages, die of jellyfish stings annually, according to research carried out by Yanagihara and her colleagues. While vast underreporting remains a factor worldwide, 80 fatal stings have been documented in the waters off northern Australia since such record-keeping began in the 1880s. In the Mediterranean, one death in the past decade has been attributed to an allergic reaction.

Stings in U.S. waters are painful but seldom fatal. Scyphozoa jellyfish blooms, or swarms, are seasonally common in the Gulf of Mexico, and in the Chesapeake Bay and other areas along the U.S. East and West coasts, while regions such as the Florida Keys, Puerto Rico and Hawaii have documented serious stings by various box jellyfish species.

All around the world, jellyfish blooms have damaged the fishing industry by clogging nets or attacking fish farms. They’ve forced temporary closures of power plants in countries including Sweden and Scotland, and desalination plants in countries such as Oman and Israel. They’ve also damaged local tourism.

In June 2017, the largest swarm in memory of Rhopilema nomadica jellyfish plagued Egypt’s Mediterranean coast, keeping social media inundated with photos and disappointed vacationers away from beaches. The Environment Ministry announced the formation of an investigative committee to look into the phenomenon. Similar blooms appeared off Turkey and Tunisia, Galil said. 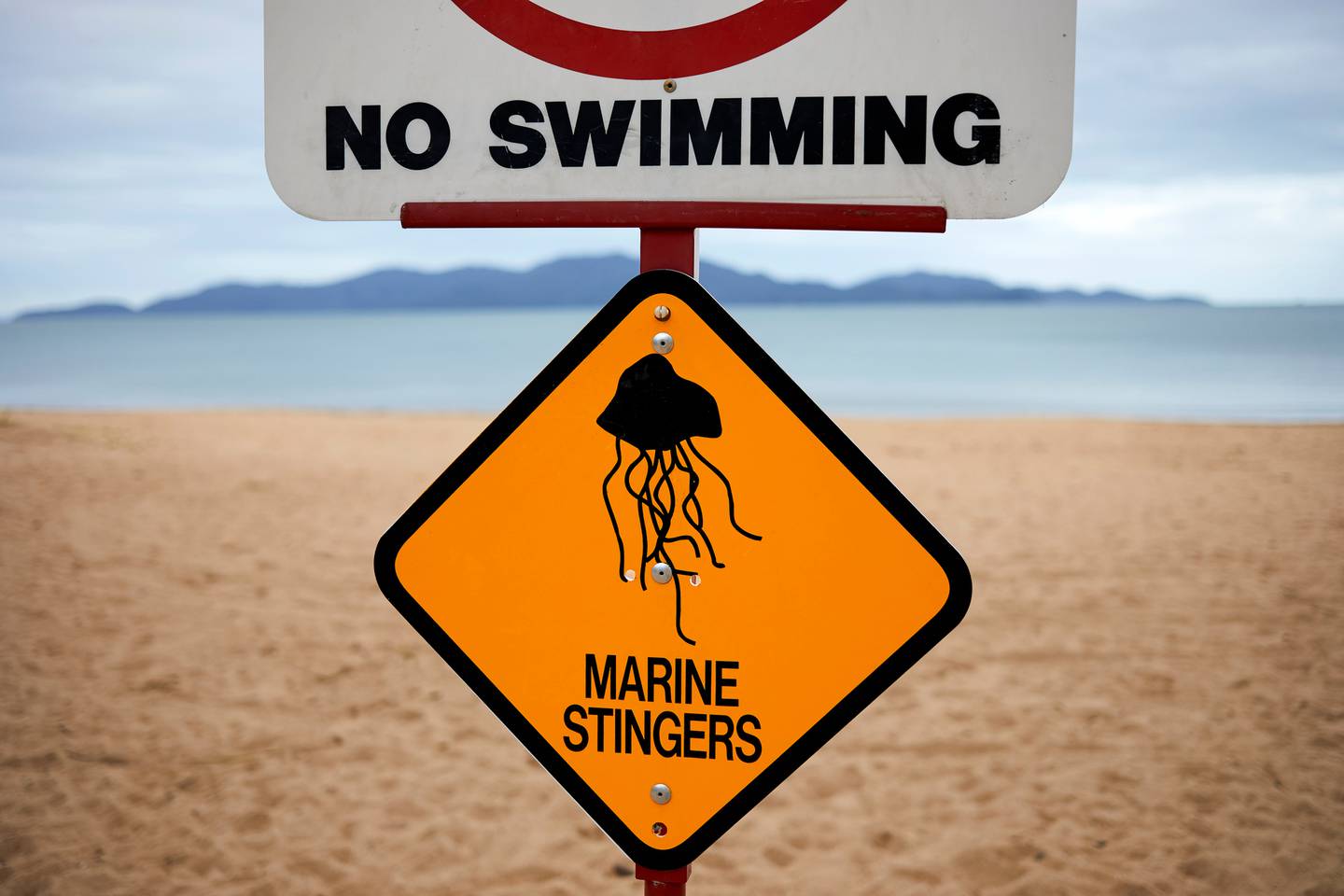 A 2013 survey by Galil and colleagues found a drop of 3 to 10.5% in seaside visits during jellyfish blooms along Israel’s coast, with an estimated annual cost of several million dollars. The blooms usually hit in July, the height of tourism season.

During a six-week period of Australia’s 2018 to 2019 summer season, authorities in Queensland closed 18 beaches to bathers because of a jellyfish invasion. Tourism-dependent businesses were likely to incur “billions of dollars” in losses, Lisa-ann Gershwin, a government scientist and director of the Australian Marine Stinger Advisory Service, told the Financial Times.

How travellers can prepare?

Before booking your next beach vacation, find out if, and when, jellyfish are an issue. In Australia, for example, jellyfish are most common between November and May. In Hawaii, jellyfish often show up on south-facing beaches eight days after a full moon. In the Mediterranean, blooms usually appear in the summer.

Unfortunately for travellers, there is no worldwide database for recent jellyfish sightings, and tourism officials are sometimes reluctant to publicise jellyfish swarms out of fear that such news will scare off visitors. But social media groups run by beachfront communities, and inquiries at seaside restaurants and pubs, can yield valuable real-time information.
In some places, such as Israel, residents share information daily on local websites such as meduzot.co.il. Visitors to Hawaii can access a Jellyfish Arrival Calendar, which can help with planning but does not track actual sightings.

Ultimately “the best approach is prevention,” Yanagihara said. She recommends that swimmers in jellyfish-prone waters wear full-body Lycra suits because the stings of most jellyfish cannot penetrate them.

Do not touch jellyfish that have washed ashore, because they still contain venom, even when dead.

The latest first-aid protocol stipulates two important steps. First, immediately rinse the site with vinegar – take some to the beach with you – which prevents a sting from getting worse because it stops additional venom from entering the skin. Second, soak the site in skin-safe hot water – not scalding – for 20 to 45 minutes. Doing so inhibits the venom already injected into the skin and eases the pain. Applying fresh water, ice or baking soda or urine can exacerbate the problem, according to Yanagihara, who was involved in a study of what works best.

If dousing with vinegar does not fully remove the tentacles, a piece of fabric or tweezers (but never your fingers) can be used to extricate any jellyfish remnants from skin. Scraping or applying any other type of pressure can release more venom.

Immediately seek medical assistance from a lifeguard, or emergency services in case of a severe reaction, including shortness of breath or severe swelling.

While jellyfish are often reviled by swimmers, Yanagihara said, “it is important to remember that man poses a larger threat to the marine ecosystem than jellies pose to man.”

In some locations the jellyfish are actually a draw for tourists.

The jellyfish blooms of Micronesia are a popular, harmless attraction that tourists visit specifically to snorkel with. Jellyfish lake is a landlocked marine lake in Palau, full of sensational and gentle jellyfish inhabitants.

Previous ArticleSalamander Hotels to mange Half Moon, Jamaica
Next Article3 South American Pacific islands that are not from this world
Comments (0)