British Airways has made its first flight into the new state-of-the-art Beijing Daxing International Airport.

The flag-carrier thus becomes the first international airline to do so since the airport was officially opened last month.

British Airways will run a daily service between Heathrow and Beijing Daxing.

Customers arriving in Beijing are set to experience a range of innovations as they travel through the stunning new terminal building, including facial recognition and self-service biometrics at security, self-service check-in kiosks and baggage drop machines, a paperless journey from check-in to boarding and real-time baggage tracking. 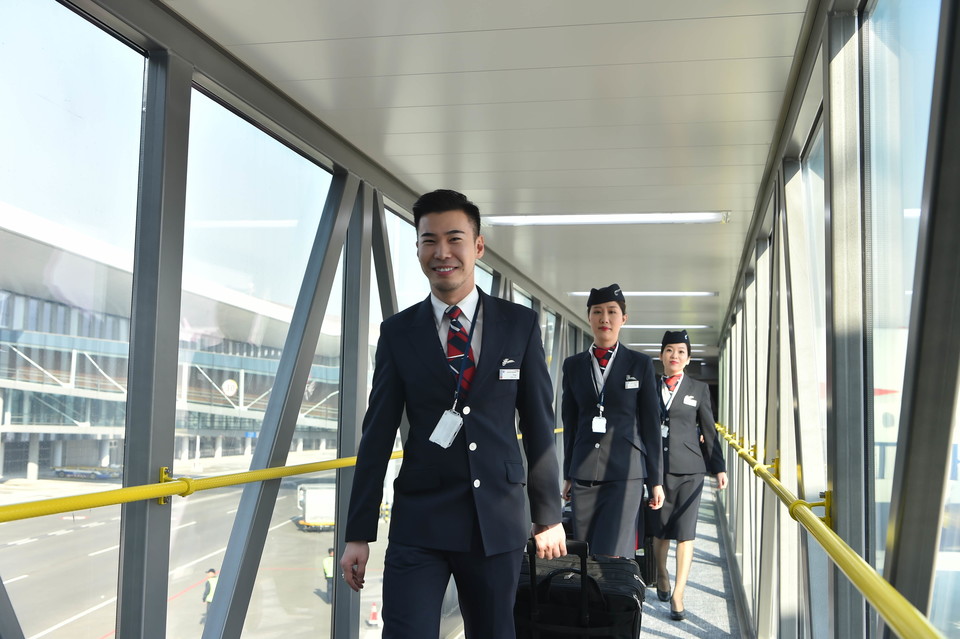 The terminal building also features numerous innovations aimed at maximising the use of natural light and limiting energy consumption.

It is powered by photovoltaic solar panels and has a centralised heating system with waste heat recovery supported by a ground-source heat pump.

It also has a state-of-the-art rainwater collection and water management system linked to nearby wetlands, lakes and streams to prevent flooding and counter the summer ‘heat island’ effect on the local microclimate.

Noella Ferns, British Airways executive vice president in Greater China and the Philippines, said: “British Airways is hugely proud to be the first international airline to fly into Beijing Daxing.

“This stunning and innovative new airport and the world-class customer experience it provides will play an important part of our strategy to increase travel between China, the UK and beyond.”